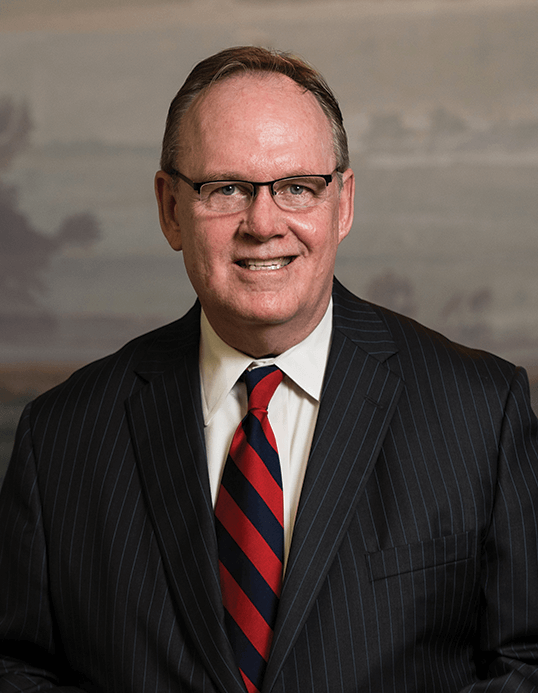 Born in Massachusetts April 8, 1955. Educated at Kenyon College and Wake Forest University graduating with a B.A. in history. Attended Law School at Southern Methodist University from 1979 – 1982 – graduating with a J.D. From 1983 – 1993 in Dallas, Texas he was partnered and the firm name was Wilk & Flint. From 1993 until 2000, he was the sole proprietor of The Law Offices of Flint & Crawford in Dallas, Ft. Worth and Texarkana, Texas.  From 2003 to the present he is a partner at The Law Offices of Flint & Crawford with offices in Texarkana, Texas and El Dorado, Arkansas.

In his spare time, he enjoys property acquisition and renovation/remodeling, studying Portuguese. He has dual residences in the U.S.A. as well as Brazil. Mr. Flint is fluent in Portuguese and Spanish. He is a member of the Arkansas Trial Lawyers and recipient of the Silver Diplomat Champions of Justice in 2006.  He is also the owner of Apartmentrio.com with offices in Rio de Janeiro and the United States.